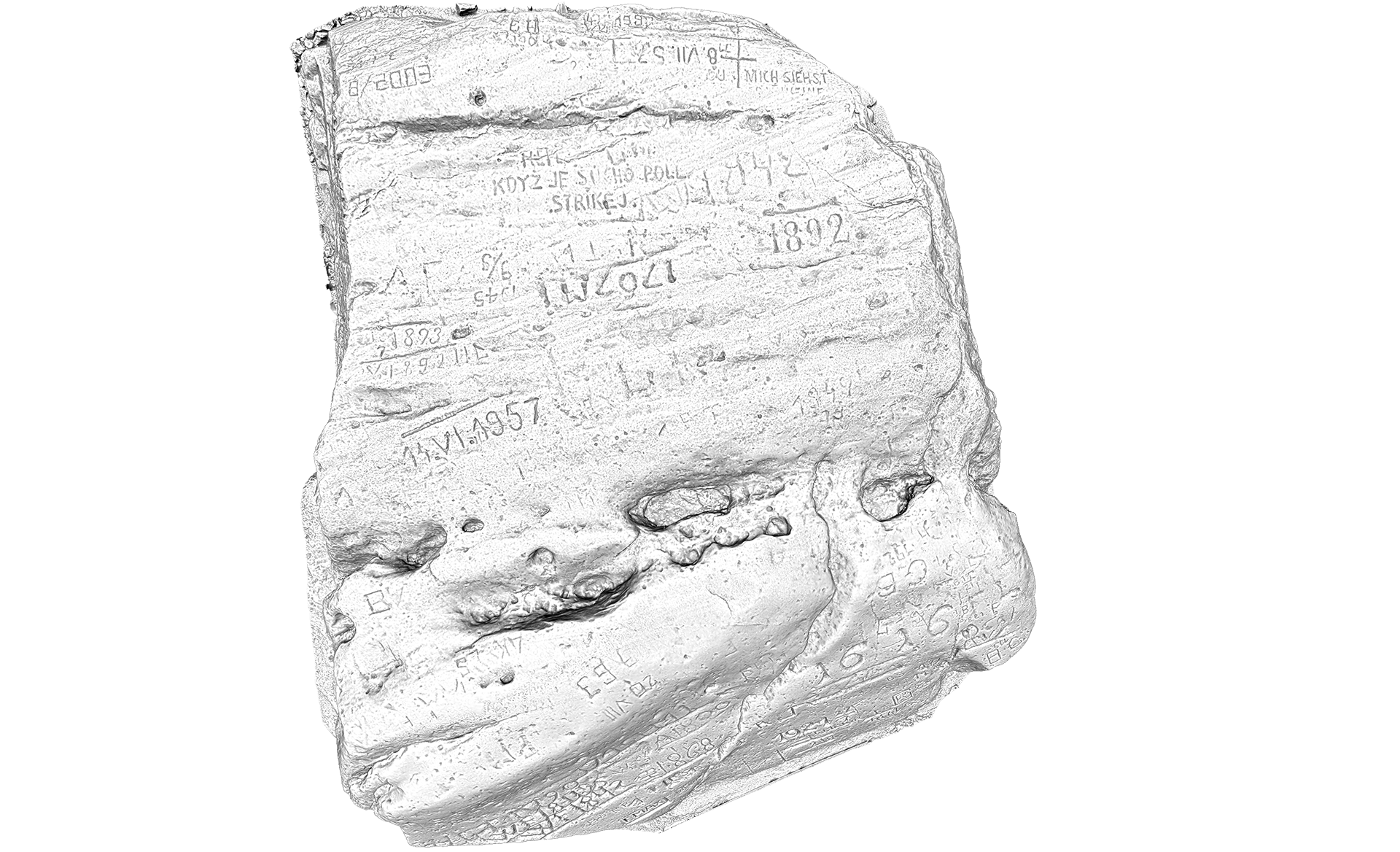 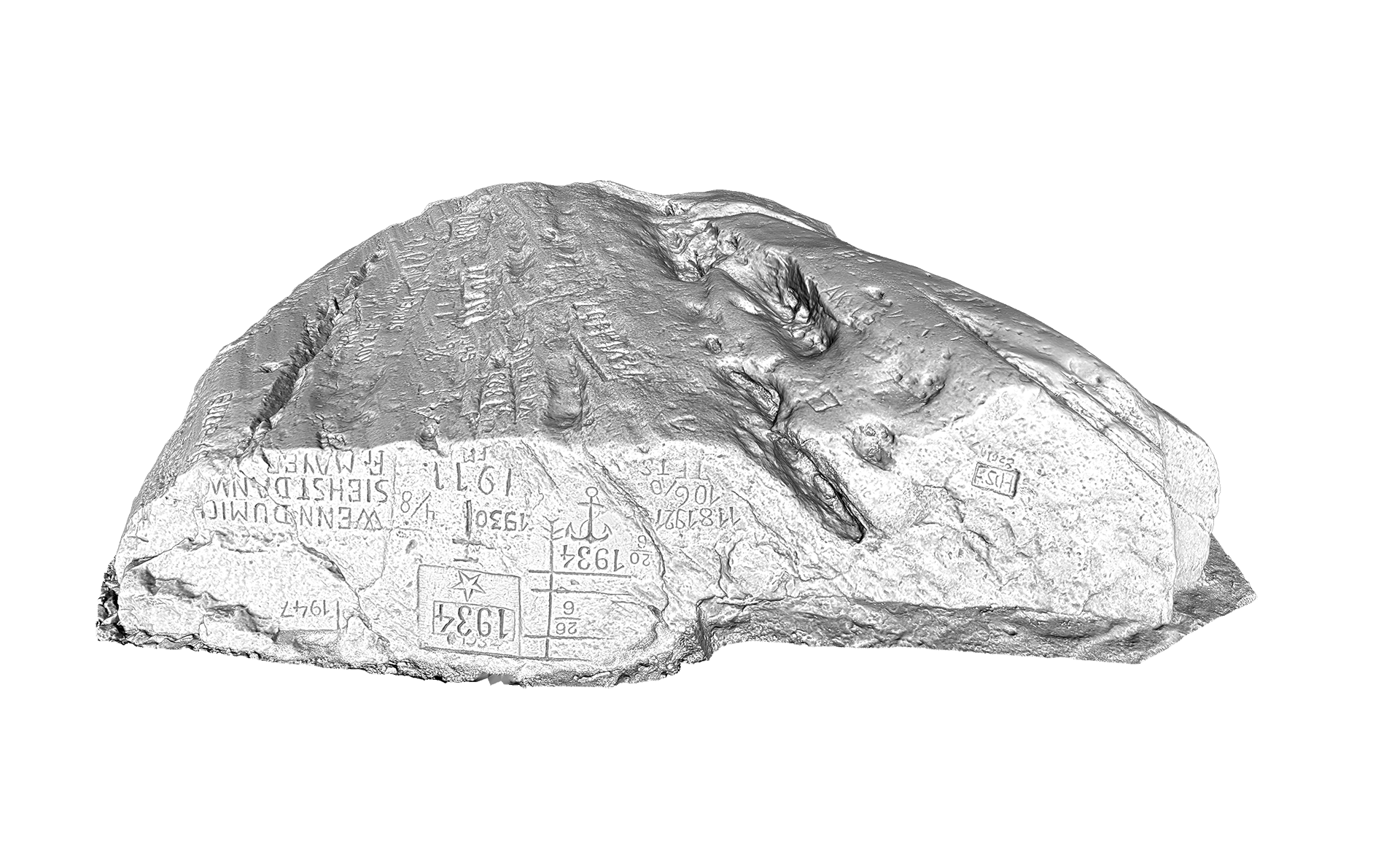 For the Czech Hydrometeorological Institute (CHMI), we scanned the so-called “hungry stone” and flood markers in Děčín.

A hungry stone is a stone that is only visible when the water level in the river is very low. In the past, this heralded the arrival of drought and the associated crop failure and famine.
The stone marks the individual dates and the level of the river that the river reached in those years.

The purpose of the scan was to capture the current state of the stone for research purposes (if there are no marks on it that are not visible to the naked eye) and also to preserve it for future generations, because there is planned to build a weir, which, if realized, will mean that the stone will end below the surface forever.

On the contrary, flood marks on the rock below the castle capture the dates and water levels in the years during the floods.